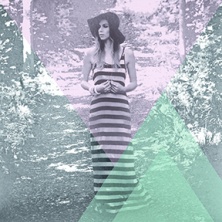 The band performs unreleased songs and covers. The sounds are inspired by the world of indie rock and the British style.

- Mr. Dead
- Sonny
- People Juice
- Ukulele Song
- So There You Are
Biographie
After releasing her EP, Charlie Roe brought together the members of the Washing Machines to begin performing her songs to live audiences. Since forming in 2013, Charlie Roe & The Washing Machines have performed at many venues across Ticino, and have performed live sessions on radio and television in Ticino and Zurich, while creating and performing new pieces of music and reaching an expanding audience. To date, two singles – ‘Mr Dead’ and ‘Ukulele Song’ - from ‘Pomegrenades Attack’ have been released and are currently on air on local and national radio (Rete Tre, Radio 3i, Radio Fiume Ticino and Radio Swiss Pop). In addition, ‘Ukulele Song’ has been chosen as the soundtrack for television advertisements, currently on air. The band is currently performing regularly at festivals and composing new songs together for their upcoming album.
Pressefoto
2 Bewertungen